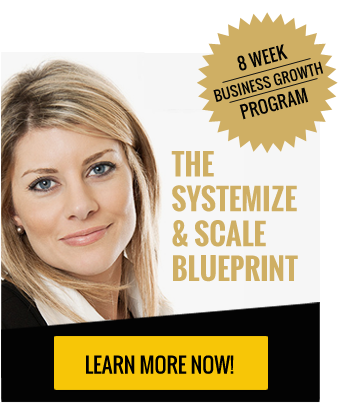 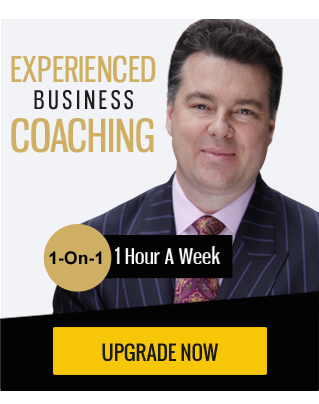 Watch this raw and spirited defence of entrepreneurial self-reliance. It’s offered in contrast to government intervention when the job market is tight. Critics respond and a philosophical battle is attempted.

Let me dispatch the critics.

1. “There are more people than jobs”

This comment reflects the frustration of social dislocation. Fair enough, as far as it goes. But if you want a future of self-empowerment, we need to find a solution beyond this life view of limit, defeat and passive resignation. It’s completely foreign to entrepreneurs and motivated employees alike. For every unsolved problem in society, there’s a job waiting to be created by someone with initiative to fill the void.

Entrepreneurs live to tackle societal problems. They are planners, creators and solvers. Jobs aren’t finite whilst ever humans have imagination, the survival instinct and a willingness to serve.

And let me surprise you. Entrepreneurs don’t have a monopoly on job creation. What magic is possible when a prospective employee simply asks a harrowed business owner, “What can I do for a month to help make your business more profitable?” What business owner wouldn’t retain such a breath of fresh air starting a new job?

This idea that jobs are fixed, human initiative is inadequate to the task of solving problems and that only collective intervention works comes, dare I say, from people who’ve never created jobs. And job creation can be boiled down to these steps:

Whenever I hear calls for a government economic plan, three images come to mind. First, there's a kind of 'vision signalling' which offers people a signpost as to where opportunity may exist. It's like a mission statement or inspirational rallying-cry of the possibilities. Second, there's the selective government intervention, the plan to 'invest' in particular strategic industries to prop-up employment or sometimes, rarely, to propel humanity to greater strategic advancement. Third, there are those heavy Soviet-era or North Korean ten-year economic plans.

The first can be refreshing after stagnating leadership but is never meant to be implemented by government. The second rarely works and becomes simply an expansion of the public sector. I've never met anyone who could honestly defend the third.

When this critic says "No one's asking for a job to be guaranteed. What we want is a plan.", he is asking for the second type of plan. He's really saying ‘we actually do want our jobs to be guaranteed in the form of selective government intervention so that we can park 1 in unsustainable jobs for a while.’ This is short-term thinking. Notice that the critic was challenged to devise his own plan rather than a government one. Notice the challenge went unmet.

The last century is littered with failed selective economic plans by government and you don’t need to cite the extremes of the Soviet experience.

Look at one example in the United States. Detroit's long, slow demise is complex but largely due to three compounded failures in government policy.

First they failed to ensure market competition, or free enterprise. Here, there is a very important role for government. Government should intervene to maintain a liberal or free economy. It should break-up monopolistic behaviour. But it didn't. This allowed automotive oligopolies to disproportionately dominate the city, making it fiscally vulnerable to concentration risk. Too big to fail, these corporations were bailed-out by successive well-meaning government plans, what I call 'socialised automobiles', but with ossifying results.

Second, government regulation enabled labour unions, rendering these corporations even more uncompetitive. So, again, had wage setting been freer and more flexible, both up and down, this industry could have remained competitive.Government intervention prevented this and, in natural consequence, the corporations gradually left Detroit for the suburbs, lower-wage states and other low-cost countries.

Third, with the damage already done, government adopted well-meaning social policies to mix races in the inner city schools, but with the result that one race largely left together with its capital.

Decades later, Detroit is a ghost town, 20% of its houses are derelict, the automotive industry is a willowy shade of its former self and every third street light is removed because the city cannot afford electricity. Henry Ford would not recognise how government has ruined that once buzzing, productive and optimistic place. No plans please.

In the end, people need to achieve their own security and government needs to be as brutally honest as Jack Stanton, the fictional Presidential candidate in the film Primary Colours, when he courageously told an abandoned factory of unemployed workers:

"No politician can re-open this factory or bring back the shipyard jobs or make your union strong again. No politician can make it the way it was. Because we now live in a world without economic borders. Push a button in New York and a billion dollars moves to Tokyo. In that world, muscle jobs go where muscle labour is cheap, and that is not here. So to compete, you have to exercise a different muscle: the one between your ears. The whole country must go back to school. We have get smarter, learn skills. And I promise this: I will work hard for you. I will think about you. I will fight to make education a lifetime thing in this country, to give you the support you need to move up. But, you have to do the heavy lifting yourselves."

It worries me enormously that we haven't yet transcended this old chestnut that government can provide you a secure job. You have to do the heavy lifting yourselves, not government. You might start with the 14 Entrepreneurial Disciplines.

Here is the best government plan I know. Government has a role to foster competition, to check corporate and labour monopolies, to allow free enterprise and labour mobility to flourish, to enforce the rule of law dispassionately and without bias, to shepherd human rights and civil liberties, to support those in genuine need and to maintain the force necessary to protect it all if that becomes necessary. Taxpaying citizens should neither be foistered with the role of funding jobs for people nor sustaining those who can sustain or should have sustained themselves.

Let the government plan be to signal its vision of freedom, to shine a light on the opportunity of our times and to ignite our inate abilities of self-reliance. Allow people to shine. Encourage entrepreneurship. Teach it, Practice it. Live it. Start early. If that is not possible, start late.

3. "There’s no point me starting a business if nobody has any money in their pocket to spend in that business.”

What would the world look like with this lack of vision, drive and desire to serve? Imagine the original settlers of Massachusetts Bay or New South Wales surviving with this ambition. "Nope. We're all poor and starving. Nothing I can do to solve that here. Sorry, I'm going back to my hut to die, unless the Governor rides along and offers me a job with benefits!"

It’s an easy excuse, a rationalisation for inaction. And notice the all or nothing assumption in the comment: “Nobody has any money in their pocket”? Really? Where? Is she talking about her immediate neighbourhood or the entire state?

To fix the apparent problem, you need an agent for change. The solution lies in encouraging people to define a viable target market and service it. Define the need that people want solved. Then work out a model which can organise resources around solving that problem. Identify potential investors and evangelise that idea to them. Implement.

The world’s capital markets, from your own savings to family to banks to venture capitalists, are starved for lack of good business ideas and the people who’ll make those ideas a reality.

If the people she has in mind as customers truly have no money, then she should find a feasible target market, then employ the first group she is concerned about. Now you have an economic empowerment loop.

And isn't that what all this is really about?

Question: What are your reactions to the debate?